Thalea was the 3rd of the 9 muses , protector of agriculture, abundance and also fun and comedy. We decided to create a name which is based on Greek nature and its gifts.
The extra virgin olive oil Thalea comes from Koroneiki variety, the better known Greek olive variety. Our fisrt product is produced since 2011 every year from mid-November to the end of December, only by cooperating with ENERGAEA producers, following the strictest production standards. Distinguished by its long life lasting, keeping most of its characteristics vivid.

The intense fruity aroma and spicy flavor makes it the most sought-after varietal olive oil of exceptional quality. 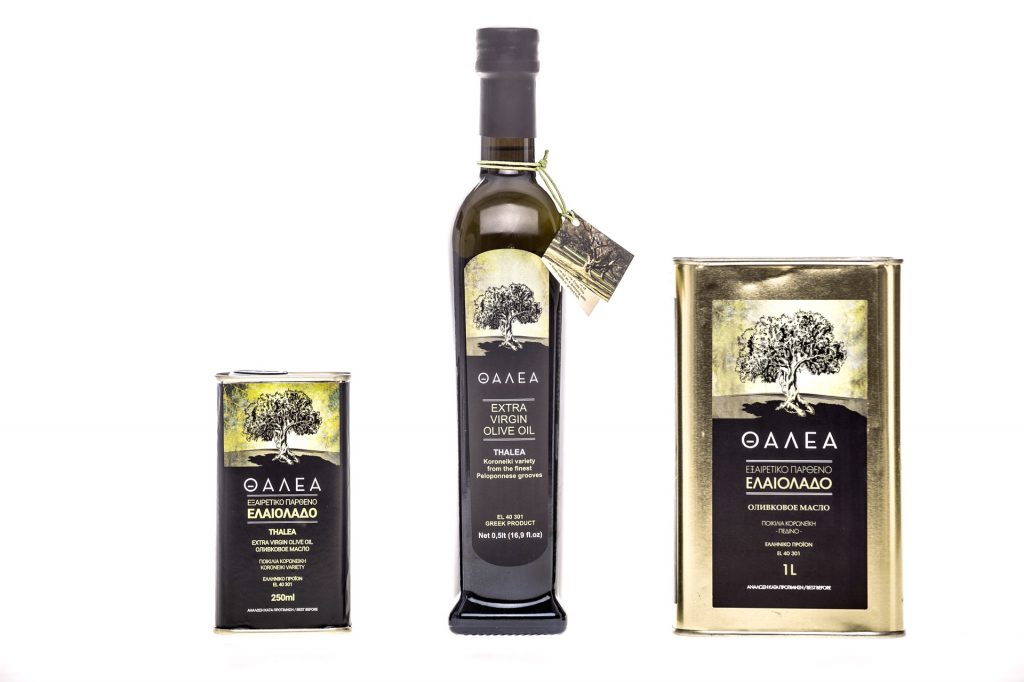